“I can well remember the packet, the name of which was “The Frances”, and how beautiful it looked to my boyish eyes, prettily painted and majestically swinging around the bend from the feeder into the main canal at Oramel. Those days are passed, the writer is an old man, the boat has crumbled to dust, its crew and passengers have all or nearly all crossed the dark river; the same sun shines as brightly as to-day, but it shines not on the glassy waters of the feeder, but on its rapidly disappearing track, a fit home for frogs and malaria, and but few there are now who ever heard the lone toot of the crooked brass horn of the captain echoing among the green clad hills of Crawford creek, as a signal to the passengers that the boat was getting ready to start. It is the course of all things, the old must give way to the new, but only for death could we have life” -Captain Marsh of Genesee Valley Canal (9-10). 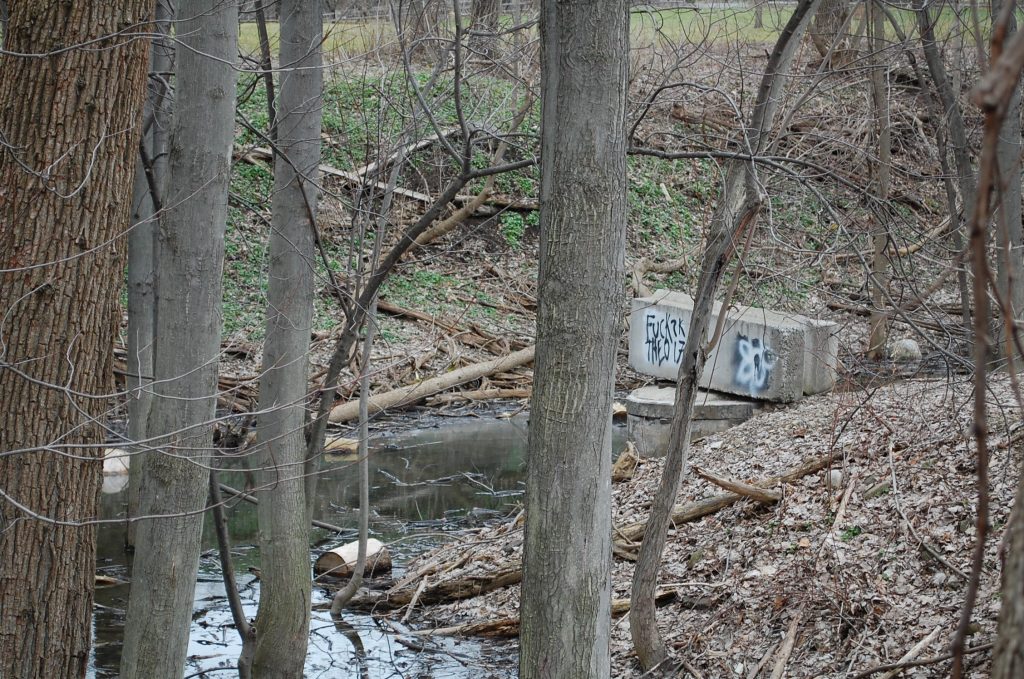 When walking along the Genesee Valley Greenway today, signs of the past reverberate all along the winding path in forms of ancient canal locks and aqueduct remains, old railroad abutments and trestles, and old hotels and restaurants that once serviced weary and hungry canal and railroad travelers.  When walking through the town of Scottsville, NY, the old canal bed is so prominent that it is not hard to imagine these “glassy waters of the feeder” or the 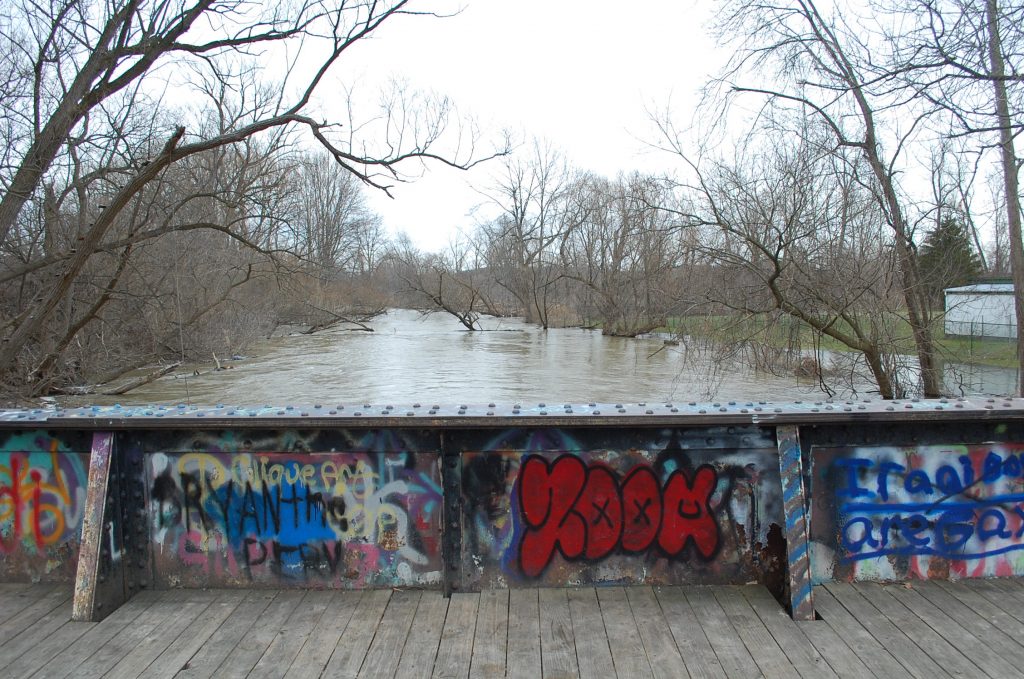 “crooked brass horn of the captain.” This canal bed provides a narrow gap of nature reclamation in between the backyards of the town and yellow farm fields, which is reassuring in a way. Amidst this canal bed though are small stone fragments, the only reminder that this place is not a natural wetland, rather a wetland formed by the absence of what was once occupied by mankind. These small stone fragments sit along the banks of the bed, as if they were accidentally dropped when the rest of the canal was picked up and carried away. In the distance, the trail crosses over Oatka Creek which on this day was a full-force murky brown flood of spring meltwater that rushed under the graffiti covered bridge. 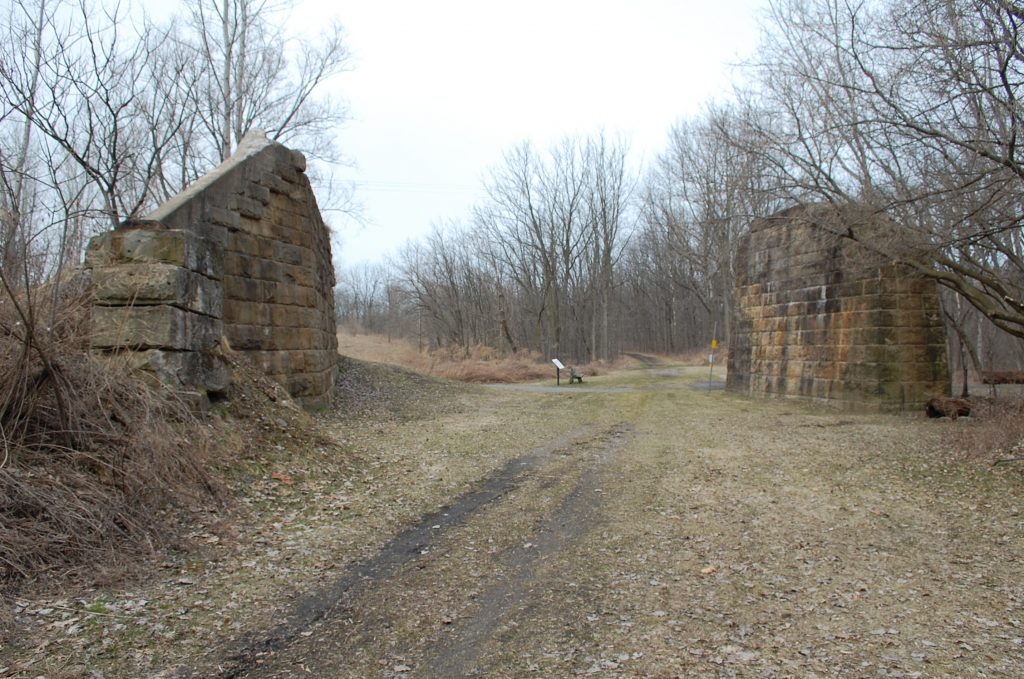 A couple miles south of the town of Scottsville, the Genesee Valley Greenway intersects the Lehigh Valley Trail. At this location, objects of abandonment abound- walking south on the trail one walks in between huge stone abutments that once carried the Rochester Branch of the Pennsylvania Railroad over the Lehigh Valley Railroad and on the left, if you walk a couple of hundred feet down the Lehigh Valley Trail, you can find an old railroad trestle that carried the Lehigh Railroad over the Genesee River. As usual, it was a drab and dreary day in Upstate New York, and the isolated nature of this particular place paired with the immensity of these enormous structures kind of left me feeling uncomfortable and anxious to get back to something familiar, but also gave me a kind of peaceful escape from the world, with a subtle reminder of the society that existed not far away in space or in time. 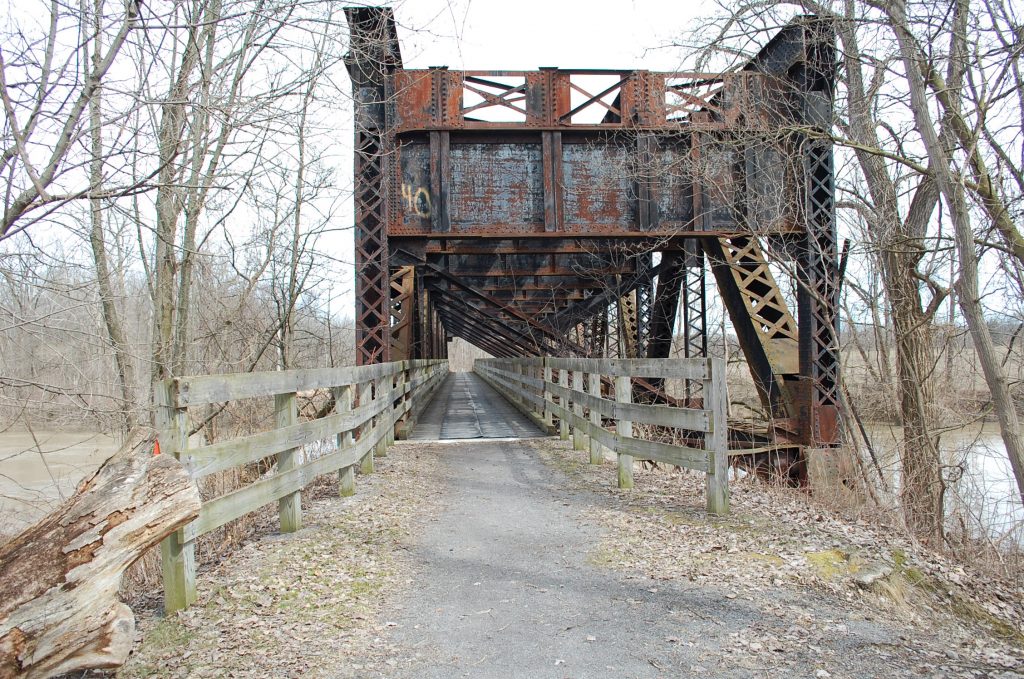 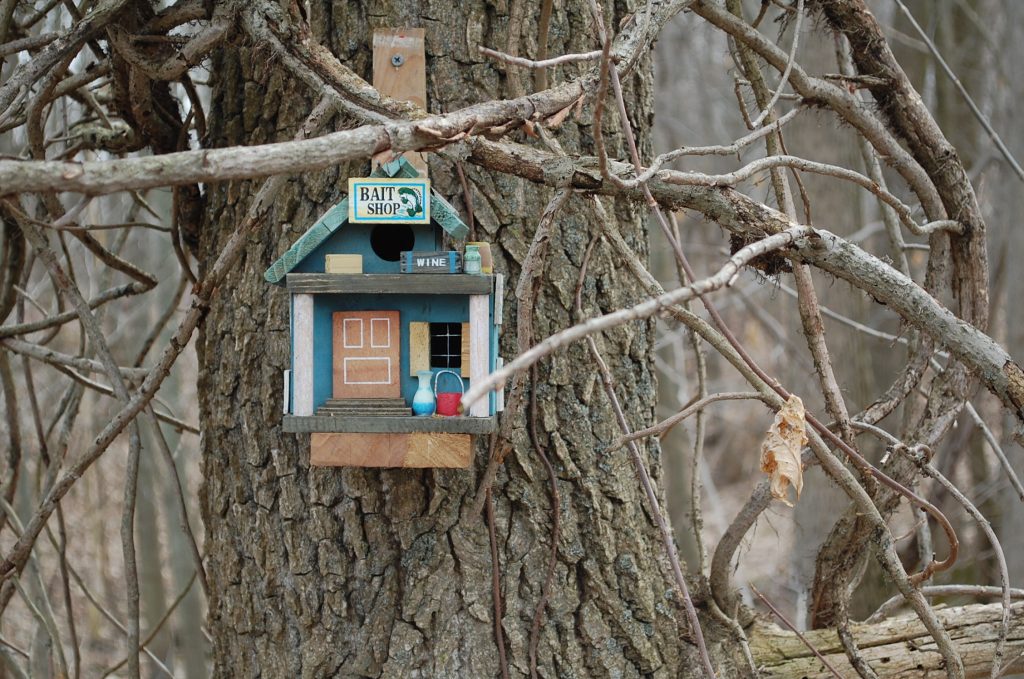 The everlasting quality of these stone and rusty old metal structures made me realize the permanence with which humanity’s presence permeates throughout the Earth. There is something deeply sad about these structures endlessly existing, yet abandoned for their original purpose, but also a sense of reasoning that through this abandonment these places are able to blossom into something new and different. In this case, the death of the commercial canal and railroad gives way to a winding trail made for walking and cycling and provides people an outlet for exploration and a deeper more intimate connection with the Earth and the history of the place. Abandonment gives the Earth the opportunity to take back space, transforming a land of commercial transportation, braying boat horns, and the whistles of trains into a more profound silence which gives opportunity for deeper thought and connection with the Earth, something which will continue to make the return investment worthwhile throughout time.

“On the way, too, fine views are afforded of the upper fall of the Genesee, which has hewn its way backward through the rock almost to the foundations of the great bridge. As we emerge from the wood the river grows quiet again among its stones, and the valley widens into tranquil pasture lands. Looking across to the easterly side of the river, the line of the Genesee Valley Canal is seen, drawn tightly around the contour of the hills and half-way toward their summit. The ugly gash cut to form this highland water-way long since became a chronic sore on the body politic of New York, by which its treasury has been depleted to a wasteful extent. The prospect that the canal is soon to be abandoned and allowed to heal itself green again, should be welcome alike to lovers of nature and of honest politics” (339).

Other images were personally taken.